Why All Day Breakfast is the n.. 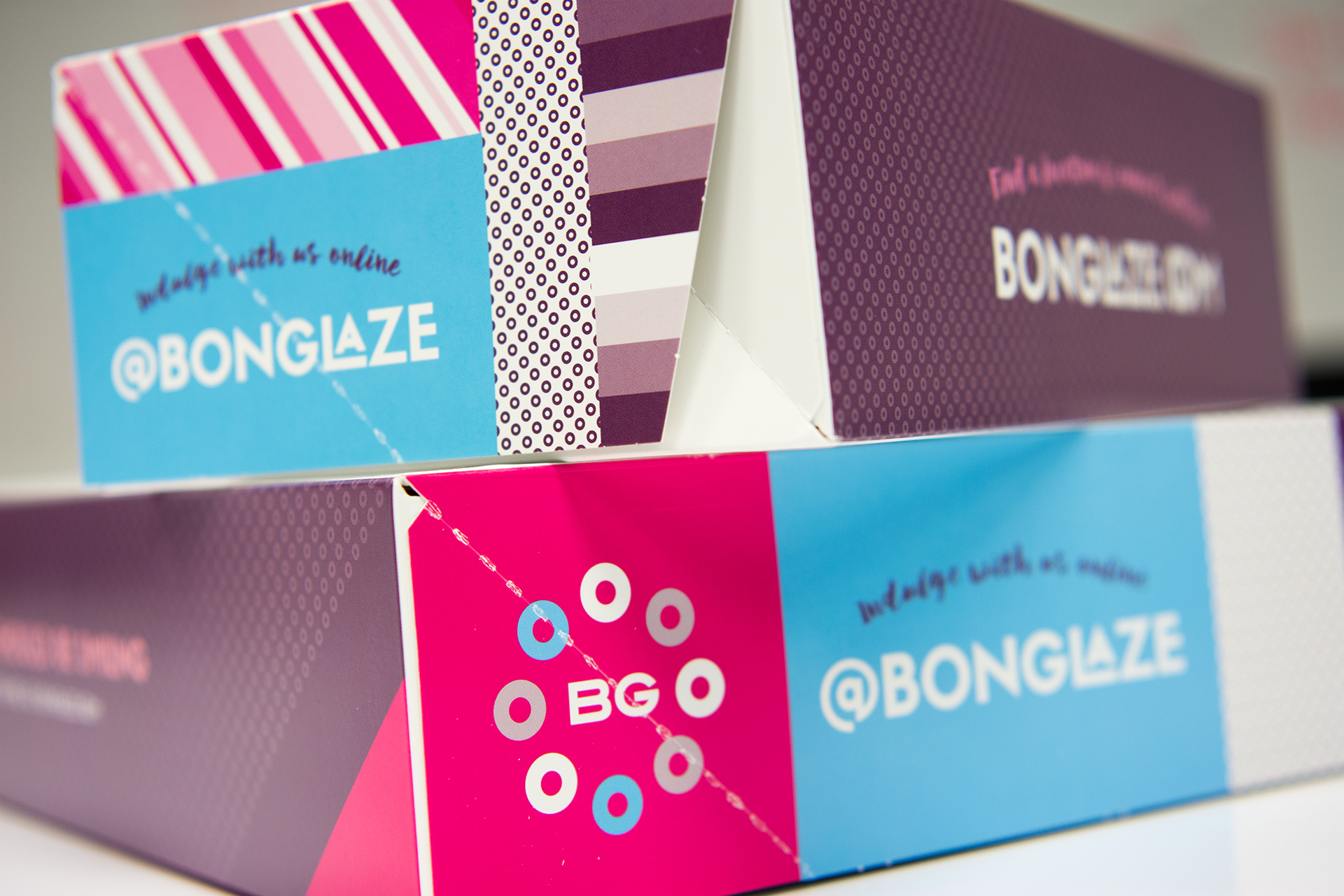 Admittedly this is my own work. Rather than commenting on it, because that’d be ridiculous, I asked Brent Anderson of Boulevard Brewing and Stir and Enjoy to chime in with his unbiased thoughts, comments and insights. (We interviewed him not too long ago, check it out.)

Bon Glaze is a new doughnut shop brand with two units located in Atlanta, Georgia (second unit opening soon.) The big idea for the brand was one rooted in imagination and creativity. These doughnuts are over the top with features like cotton candy, coconut chutneys, and more. They also serve gourmet bacons and delicious coffees. We were integral in the brand naming and identity development and design. Here’s Brent’s take the on work completely unedited:

Thanks for having me weigh in, appreciate the vote of confidence. Nice work as always. In any situation, there’s always some subjectivity, but I tried to keep things objective the way a CD should in trying to do what’s best for the challenge.

Overall, very inviting and representative of the business, which appears a more upscale twist on a donut/treat shop (man they’re all the rage now!). One just opened in KC called the Doughnut Lounge:
http://doughnutlounge.com

Vibrant color palette conveys the fun you’d want in a place like this. It feels appropriate, but at the same time distinctive.

Personally, I would have liked to see a bit more editing, particularly on patterns and fonts. At times (e.g. nut bags) the script fights a bit in feel with the bold sans serifs or when some of the overlays are going on (menus, posters). Same with patterns. On those boxes, for example, one or two less patterns might have made the overall effect more striking. Same on the posters. The script is unnecessary. You’ve depicted it with photographs.

Getting into the weeds, on the logo might have benefitted from some kern tweaking. The BON is widely spaced where on GLAZE the LAZ touch but the G and E space out more.

Designed by Joseph Szala at Vigor – A restaurant branding firm 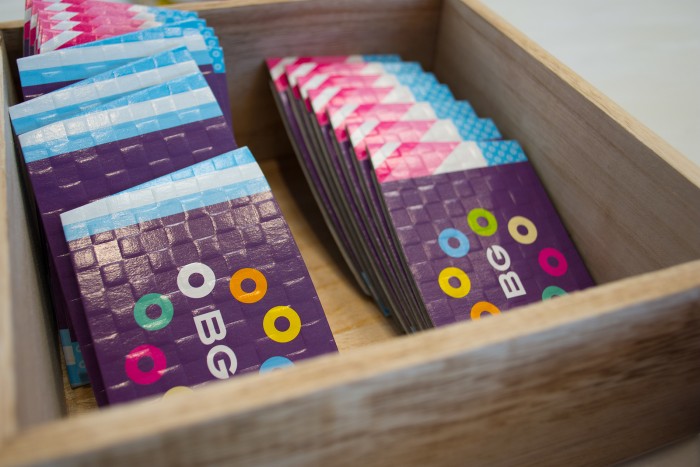 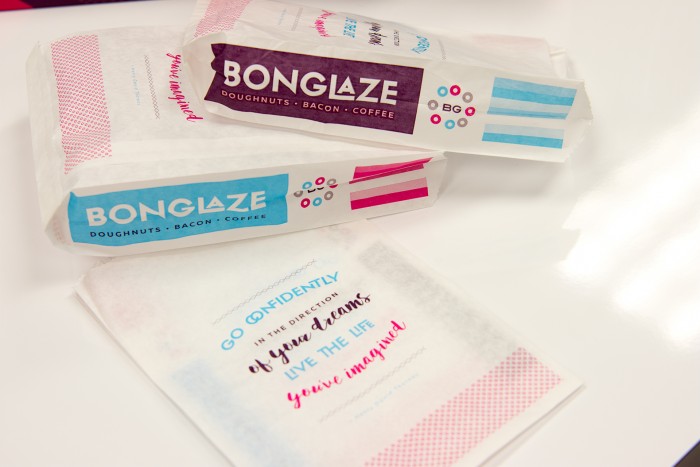 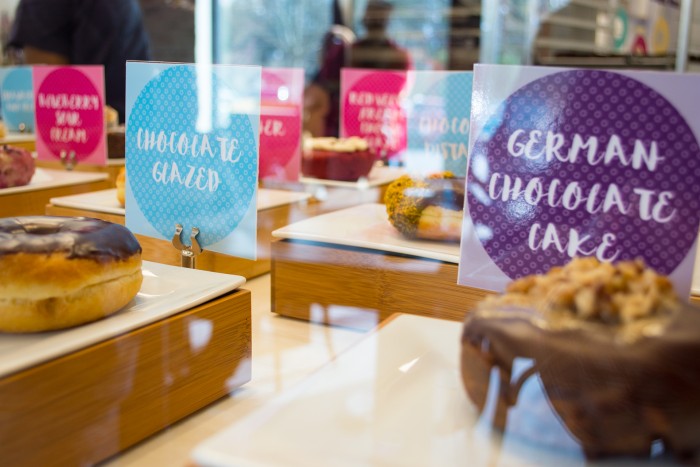 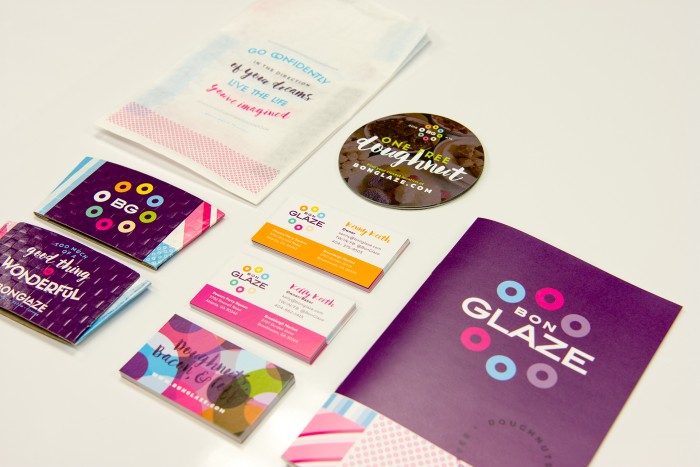 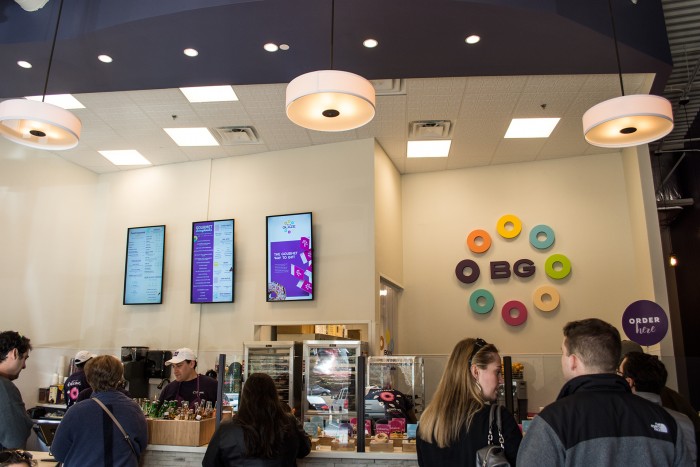 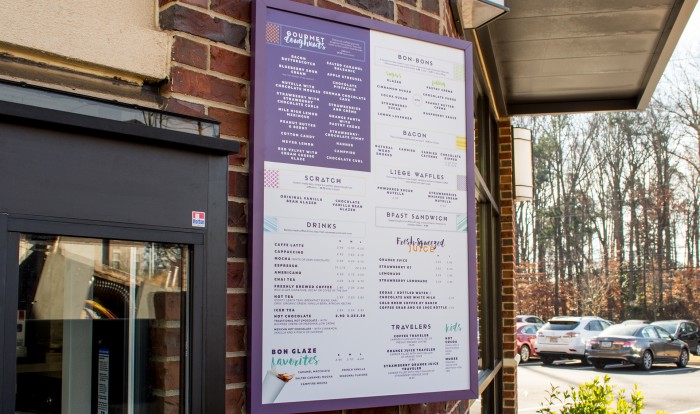 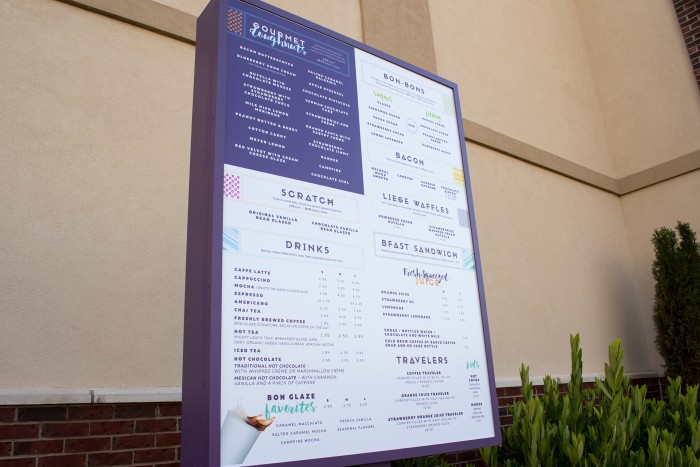 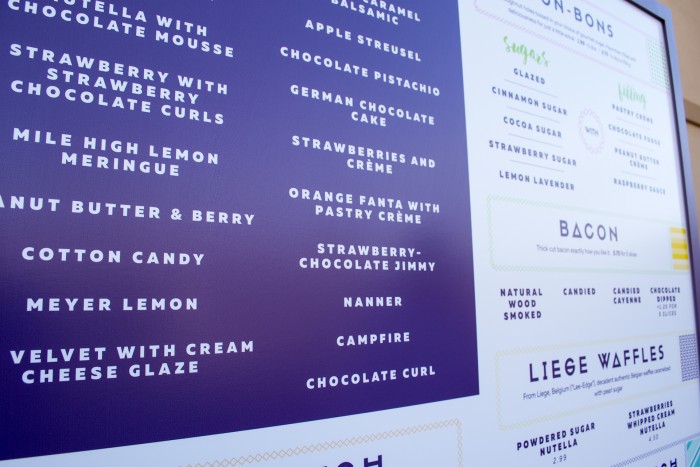 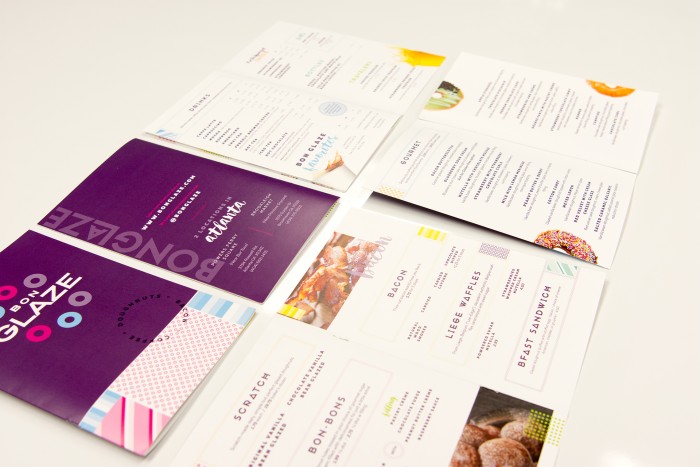 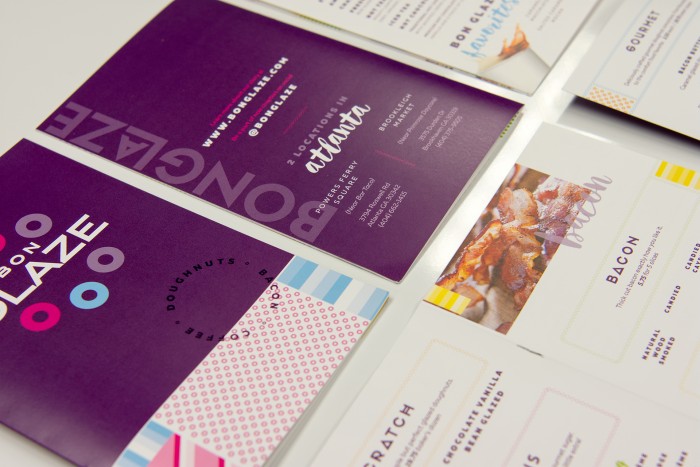 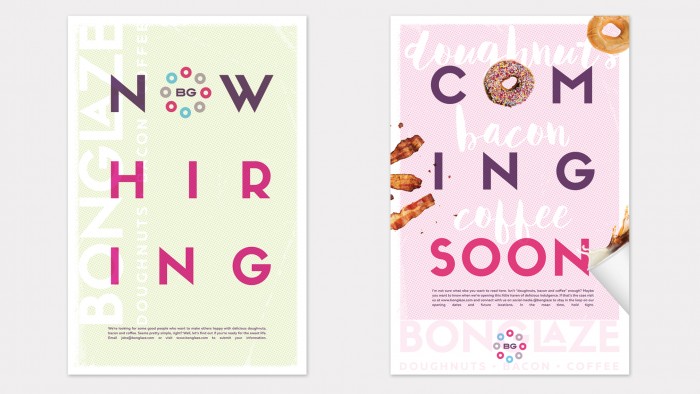 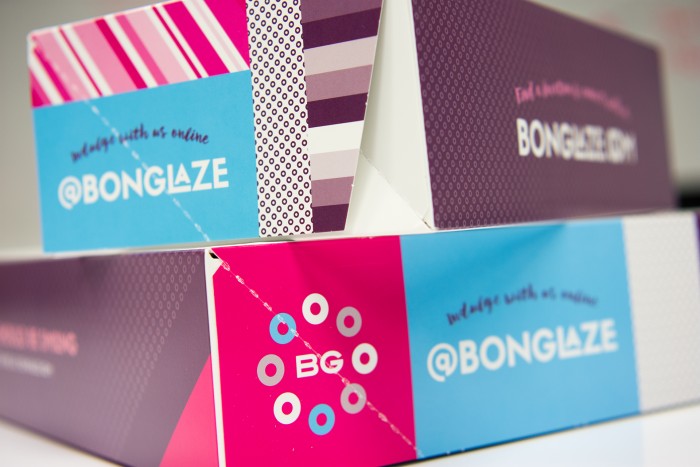 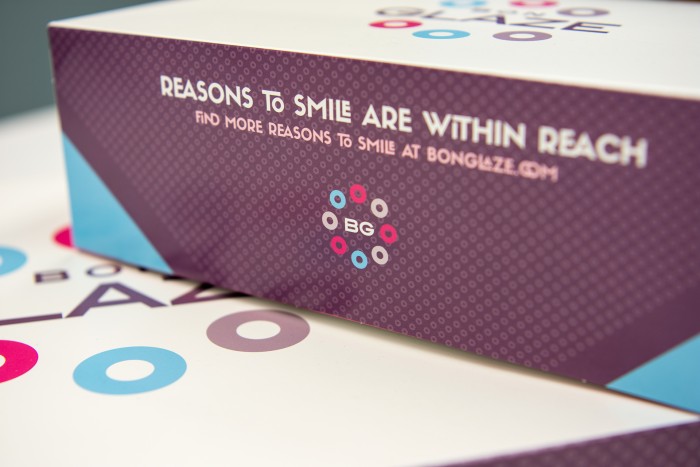 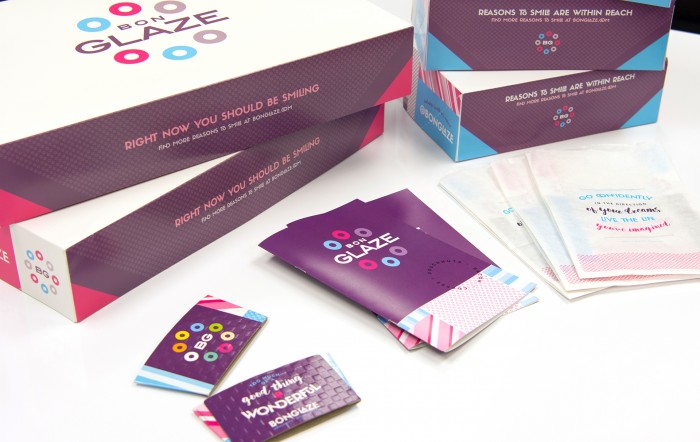 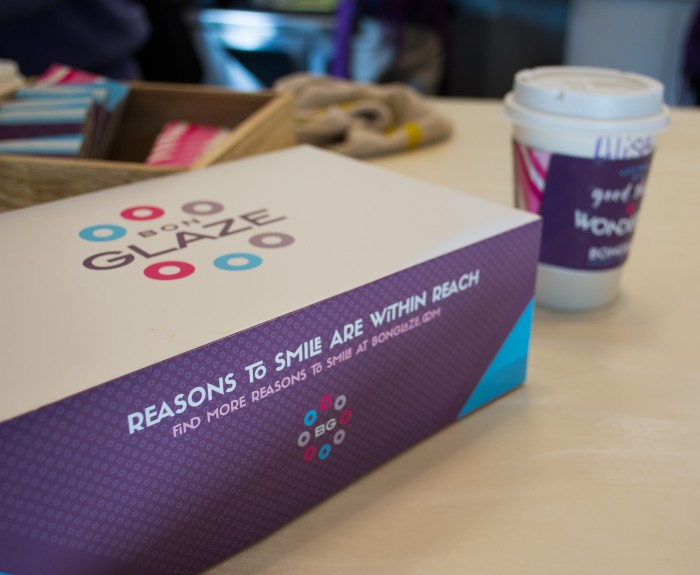 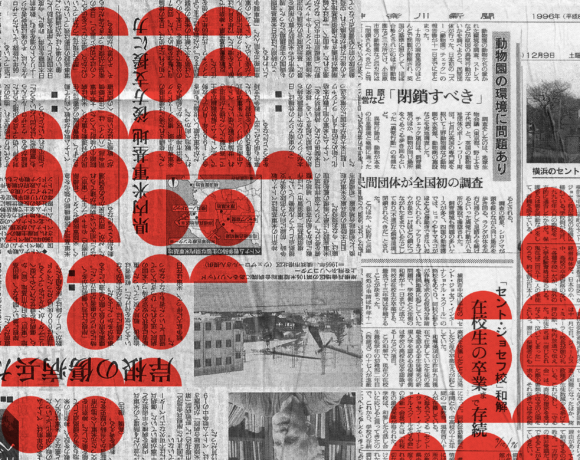 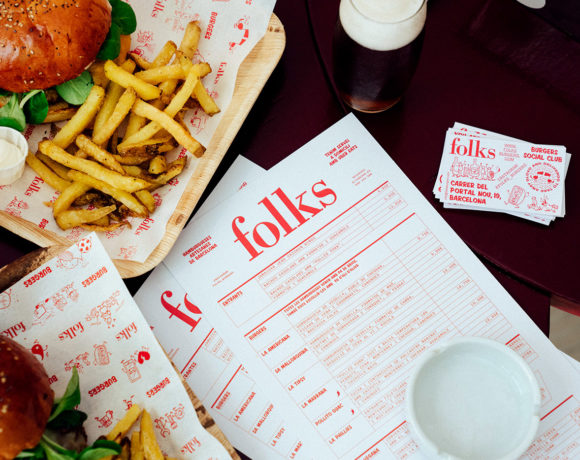 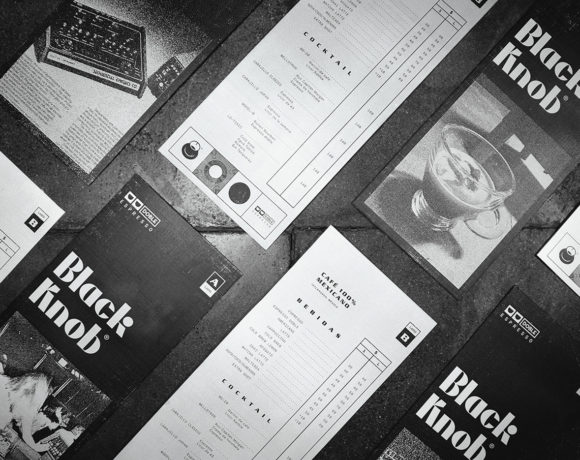