Could the future of restaurant brands be going up in smoke?

Home » Could the future of restaurant brands be going up in smoke?

It’s official; Oxford Dictionary named “vape” the word of the year. Unless you’re living under a rock, you’ve noticed these newfangled apparatuses dangling from people’s mouths emitting puffs of what looks like smoke. Vaporizers and e-cigarettes are a rapidly growing trend for smokers trying to quit and nonsmokers looking to try something new. If your first “vape” encounter happened on the street or outdoors, you probably didn’t give it a second thought, but what if it’s encountered indoors like an office setting, or while dining at a restaurant?

Vaping isn’t smoke, it’s water vapor, but the perception of “smoking” is still inherently tied to the act. When someone vapes at their desk, or a non-smoking restaurant, there is an immediate pang of exasperation. That reaction is a residual, knee-jerk effect from the years of anti-smoking initiatives that have been proselytized to the masses for decades. However, that doesn’t mean that vaping indoors should cause the same reactions or be subject to the same restrictions as actual smoking tobacco. In fact, this less harmful activity poses excellent opportunities for brands to further integrate into consumer lifestyles having positive brand impacts. That is if lawmakers don’t have their way first.

Currently there are few laws that restrict vaporizing beyond age limitations, however; the bureaucratic drums of politicos are getting louder and legislation is looming. Instead of waiting for Washington to dictate whether or not vaping should face restrictions similar to tobacco, restaurant brandsneed to address policies on the subject sooner rather than later.

I asked people in the restaurant industry about their vaping policies to see where they stood, and to gauge the industry’s level of proactive thinking. The responses I received varied responses from dodging the question outright to several stating they handled it on a case-by-case basis. Those responses indicate that the issue on whether to allow or disallow vaping in the restaurants is wide open for interpretation leaving restaurants vulnerable to negative experiences with the vape enthusiast public. Furthermore it brings to a light an opportunity for brands to think beyond basic policy.

Seemingly the biggest issue facing vaping in restaurants specifically is how the vapor can change a sensory experience for the other guests. Although many vape enthusiasts like to say there is no scent emitted from the devices, non-smokers argue otherwise. In an industry where the experience is defined primarily by taste and smell, this can cause problems for guests. There is also the question of whether or not to allow employees of the restaurant to vape on the job. Outside working hours, potential insurance issues relating to the long-term effects of vaping have already started to raise questions.

Policies should be considered for both guests and employees alike. As health experts continue to push for more scientific studies on the effects of e-cigarettes’ “second hand smoke,” some employers like UPS are already requiring an extra $150 in monthly insurance premiums1. McDonald’s currently allows employees to smoke regular and e-cigarette devices, whereas places like Starbucks completely prohibit the use of either2.

When it’s all said and done vaping could be bucketed as a bad habit like smoking making policy decisions mandatory for brands in all industries. However if legislation doesn’t come to fruition brands will find themselves faced with a big decision: either ban it all together, or leverage the vape movement to diversify and to build cultural brand assets.

Vaping doesn’t have to be a negative. In fact, there are many brands today that have equity in certain flavors that could benefit greatly from jumping on the vape movement. The obvious industry for leveraging the opportunities for olfactory gustatory branding is restaurants. As a way to spark ideas for said industry, the creative team at iris Atlanta took a stab at some ideas. Here are some potential restaurant-inspired vaporizer flavor advertisements that could smoke out the competition.

Note: These are not actual advertisements for actual products. We’re simply having some fun. 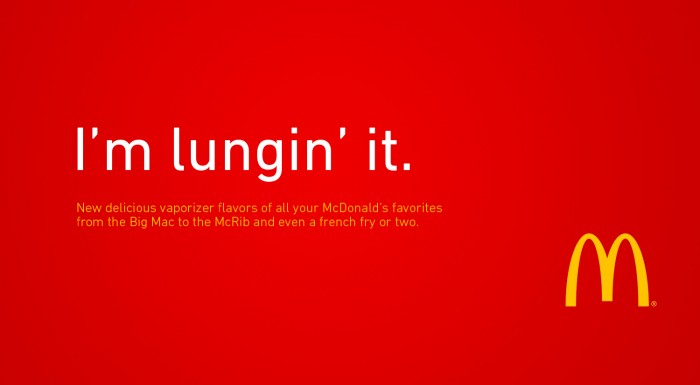 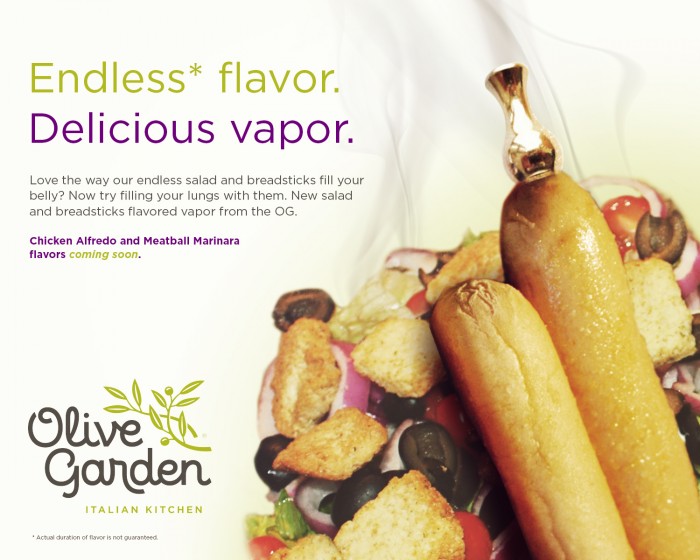 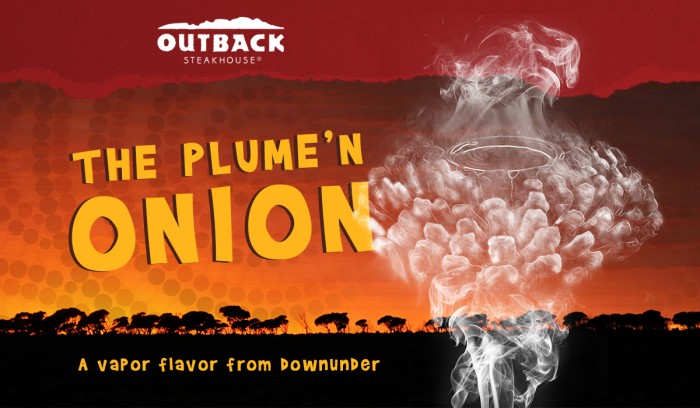 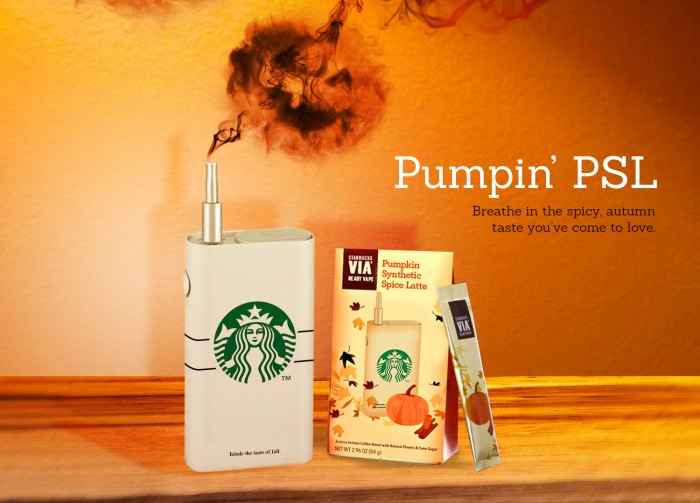 As always, thanks for reading. Thanks for sharing!